3 Bees Coffee has been on the corner of 3rd Avenue and B Street in San Mateo for over 20 years. Rafat Haddad, its owner has seen a lot of change and weathered a few storms in that time. In this episode of #LocalBites, we chatted with him about how he's gotten through past economic downturns, and what it really takes to run a coffee shop for the long haul.

Listen on your preferred podcast service:

Want to skip through to the good parts? Find everything in the conversation below:

Creating A Loyal Customer Base

Congratulations on 20 years running 3 Bees Coffee! That is quite a feat. How did you start out?

So September 11th, 2001, was the year I started to think about having a business. There was, of course, the disaster on September 11th. I was working in a computer company, in sales, after finishing from San Francisco State. I worked there for about 2 years, a year and a half, then September 11th comes along and things went downhill.

There was an opportunity in downtown San Mateo, a coffee shop that was closing due to basically the event of September 11th. The economy was bad, so I saw an opportunity, considering the movie theatre was in the process of opening. They were building that theatre, so I said ok, let's start the coffee shop.

I had a background in working in coffee shops when I was in school at San Francisco State so I had a bit of experience. And since that day, I ok, I'm just going to make it happen. Nothing is going to stop me. I will be using my experience, I will be using the opportunity that the movie theatre is going to come, and I had a vision that this area was going to flourish. Because, it was not a good area in around 2001, 2002.

That story I was telling your colleague, about three customers that walked into the store, and two of them still come into the coffee shop on a regular basis day after day. If they're not around, I get worried, but they will come back and say "oh we were on vacation," and I say, "Okay, that's fine. You can take care." So that's something that I like to share with you.

The amount of loyalty I have had here with many customers. Many customers have been coming to the coffee shop for 20 years. I have a number of them. And that gives me the feeling that people are really into small businesses and that they do want to help small businesses. That was my start.

How have things changed in the past 20 years?

I would say that 20 years ago, it was different in terms of the area. It wasn't vibrant. There weren't as many people coming downtown. It was more people working around this area, and the medical art building across from me brought in a lot of people. There were a lot of therapists, nail salons, and a massage therapist, so that was maybe some of the demographic changes in terms of when I first started.

It shifted to a more tech kind of area. A lot of software companies or start-up companies started to get interested in the area. Before 2000, in the 1990s, there were a lot the do.com companies in that era that were interested because the area was cheap at the time. So they were renting stores that were empty and so that was an era where the dot.com companies were in the area.

In the early 2000s, when I was on the board of the downtown association, we were complaining that we have too many restaurants. We needed the retail. 20 years later, this is our strength right now, the restaurants. People are coming to the area, and the retailers now are having a hard time. So I don't know if it was a leadership decision that saw that vision, or it's just the market, basically driven market way. Things changed to our benefit. So that is a major change in terms of the area for me.

Creating A Loyal Customer Base

Why do you think your customers are so loyal?

My philosophy is that I don't do business on the same day. I always love to give the extra mile, I always love to make an extra effort to basically have people come back. Provide good service, keep the quality, absolutely. They like the consistency of quality. Having people feel at home in a way. Give that environment in the cafe, just basically organized things where people can feel comfortable and feel at home.

A lot of people do feel at home. They come in behind the counter sometimes! And I was like "Ok, you don't mean... you know it's home but it's still a business so..."

I've seen kids that were a year old, and now they are in college and their parents still come to the coffee shop. It creates a sense of community and a sense of belonging to this cafe where people can meet their friends, and their neighbours, they can come and just talk to each other, and sit down.

I don't want to say I was successful in creating that. They were. At the same time people, customers or clients, also needed that so they found this place as a comfortable place where they can meet and talk to their neighbours, friends. We have a lot of stories that people got married here, and met each other here, so over the years there are a lot of stories.

What did you do when you started out to get involved in the community?

When I came into the cafe, I tried to be involved in the community. In terms of participating in events, I joined the downtown association at that time when I first started. We can help each other as a downtown association, and as a business owners where we can communicate between businesses and customers.

You've dealt with the pandemic, the 2008 recession, and 20 years of business. What has been the biggest challenge?

I really wanted to keep this business. I did everything possible. I just love this place. I love the people that come to this coffee shop. It became like a house or a home for me where I like to stay in it. Where I meet customers, and they become friends, and we hang out together. So, in a way I really wanted this to succeed.

In the beginning, it was about business. Succeed in the business and make a profit. Everybody looks for that. But in addition, I really wanted this place for me to complete my story, where ok, it is the source of income for me but it's also a place where I enjoy being here. I meet friends, families, customers, and clients who want to be here. I enjoy giving to the community. So it was hard in the beginning.

In the first 3 years, it's a given that you got to put your heart and soul into any business. You cannot just quit the first year or the second year. So you got to make it happen and believe in yourself. Believe in the business that you are trying to build.

After 3 years, things started moving forward and, as I told you the customers, like what we have and I always asked what they want to have in the coffee shop. I always kind of delivered on those requests. Food, we changed food, we changed the items people wanted to have one the cafe along with coffee.

So I saw many downturns like you're saying. 2008 was very tough. People were not sending a lot of money, so I saw a big downturn in business.

I always stayed afloat, but it was harder than I would say the pandemic. The pandemic, I think, was a lot of help from the government. People still felt like they wanted to spend and they had money. Maybe there are a lot of factors that kept us going during the pandemic. We never closed, I kept the door open, being careful and according to the guidelines.

We did a lot of online orders, like Doordash, and UberEats. People come and pick up, nobody can stay in the cafe but they can pick up their food or items outside. Or, come and go. That was very challenging.

As I said before, there was a local newspaper, that came and interviewed me for the paper. I said I managed through three disasters, then we overcame those three disasters. But you know, with the help of the people, I owe it all to my regular customers. The local people around where they showed up when it's needed.

Amin Yazdani is the CEO and Co-Founder of Craver, a fast-growing mobile platform for Restaurants, helping them gain and retains their loyal customer base.

What would an app for your business look like? Schedule a demo to find out. 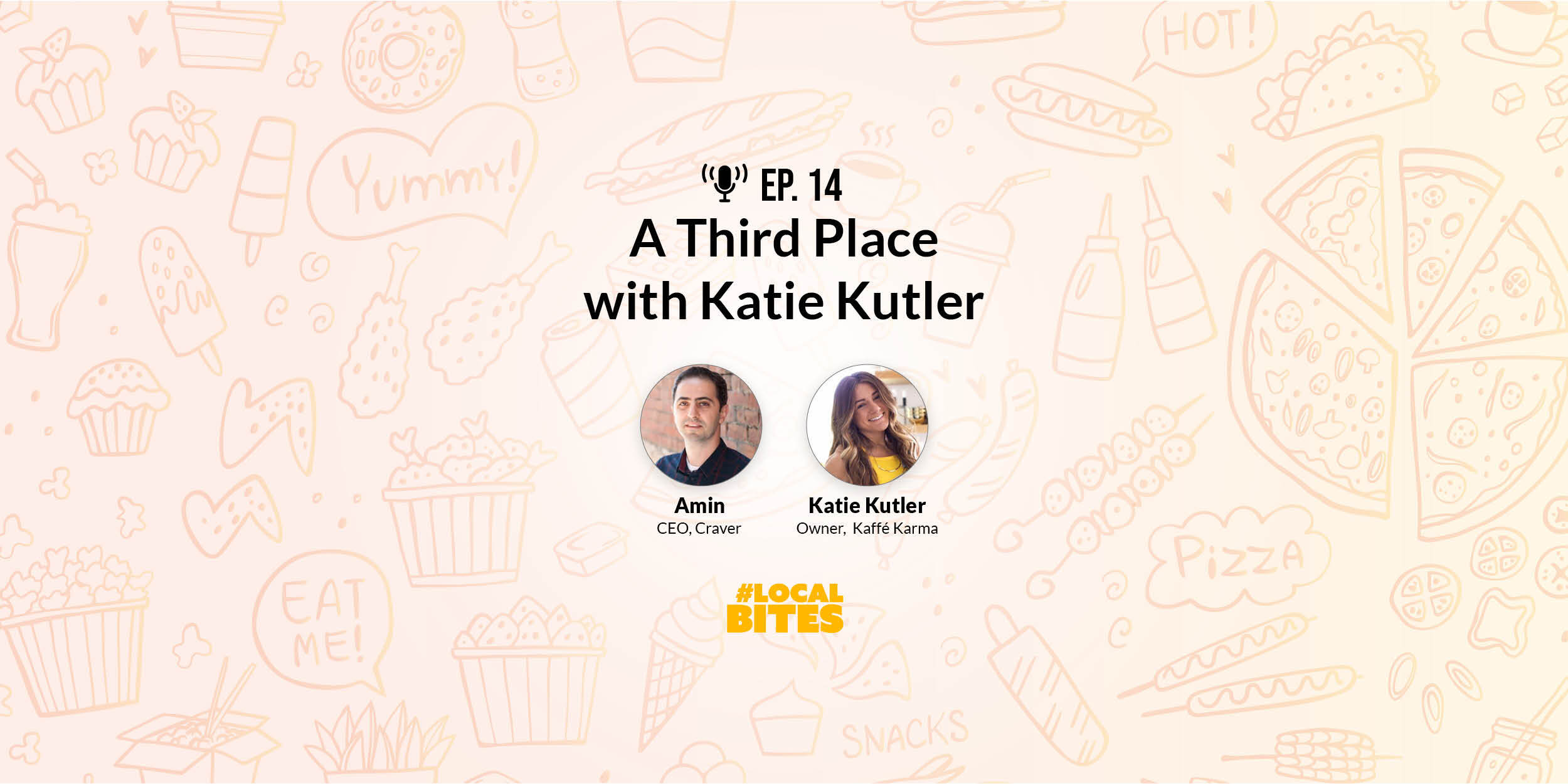